The streaming service formerly known as Now TV but now simply referred to as Now is provided by the mega-media conglomerate known as Sky. And it is intended to provide viewers with a more affordable and individualized media experience that does not need them to subscribe to any particular contract.

Working through an app on internet-connected devices like Apple TV, Amazon Fire Stick, Playstation, Xbox, and iPhones and Androids, it has four specialised membership packages – Now Sports, Now Cinema, Now Hayu, and Now Entertainment for Sky channels and documentaries – so that you only pay for the types of shows that you want to watch. For example, if you want to watch sports, you will only pay for the Now Sports membership package.

And in comparison to Sky subscriptions, Now is more affordable, does not need a contract (which means you are free to quit at any time), and if you go with the Now Sports package, it can even be purchased as a one-day pass, which comes in very useful for watching important football events. The availability of live TV, access to Sky channels and films, and the Hayu bundle, which caters to fans of American television, are obviously the features that set it apart from other streaming services. Therefore, even if you like Netflix but want the ability to watch live sports or live TV that isn’t provided by Freeview, it can be worthwhile to investigate what Now has to offer as an alternative.

Continue reading below to learn all you need to know about the pricing, offers, and free trials that are presently available on Now, as well as, most importantly, whether or not you need a TV licence.

What is the price of Now, and what is the lowest choice in the UK?

Now has a variety of different subscriptions that vary in price from £4.99 to £33.99 each month. Of course, you have the option to purchase more than one plan at any one time. Reality television fans may watch over 8,000 episodes of American series such as Below Deck, Keeping Up with the Kardashians, Paris in Love, and many more for only $4.99 per month with the Now Hayu bundle, which is the most affordable option.

For a monthly fee of £9.99, subscribers to Now Cinema get access to more than 1,000 movies that may be seen on demand, in addition to all of the Sky Cinema channels, such as Premiere, Hits, Action, Comedy, and Animation. In addition, for the same price of £9.99 per month, Now Entertainment provides live TV from a variety of channels that are not offered by Freeview. These channels include Sky Atlantic, Sky Comedy, and Sky Documentaries.

Now Sports is the most costly of the options; it costs £33.99 per month, but it gives you access to all 11 of Sky Sports’ channels, making it the most worthwhile investment. You also have the option of purchasing a 24-hour ticket for the price of £11.98, which will get you access to five channels, one of which being Sky Sports Premier League.

What is included in the standard monthly fee?

Because the material that is included in each of the four packages is entirely unique, you can’t expect to have a Now Sports subscription and see the newest movie to come out on Sky cinema at the same time. You may get comprehensive information on precisely what is included inside each bundle by consulting either our produced guide or Now’s website.

Suggest read:  How to Watch BRAVO on Hulu?

Most notably, in contrast to Netflix, most memberships only permit streaming on a single device at any given time. However, if you pay an additional £5 per month for the Now Boost add-on, you will be able to stream on three devices simultaneously, upgrade to full HD, and experience surround sound with Dolby Digital 5.1.

How does Now’s pricing compare to other streaming services and Sky?

Now is a rather unique animal when compared to other services that provide regular streaming on demand content. However, for some perspective, a monthly subscription to Netflix costs anything from £6.99 to £15.99, while a subscription to Disney+ costs either £7.99 each month or £79.90 for the whole year. Amazon Prime now has a monthly fee of £7.99 and an annual price of £79; however, the online retail giant stated in July that beginning on September 15th, these rates would rise to £8.99 and £95 respectively, representing an increase of 20%.

Suggest read:  How to Watch PBS Online Without Cable?

You should also keep in mind that the Cinema and Sports packages are also on sale at the moment, and that purchasing any of them alone would normally cost you £32 and £19, respectively. And as if all of that weren’t enough, when you sign up for the Sky Q package, whatever of the add-ons you choose, you are instantly locked into an 18-month commitment.

Which free trials and special offers are currently available?

You can get a genuine sense for how the streaming service operates by taking advantage of Now’s current offer of a seven-day free trial on Now Cinema and Now Hayu, in addition to a free trial on the Now Boost bolt-on subscription. Memberships to Now Entertainment, which typically cost £9.99 per month, are also available with the same fee covering two months’ worth of access instead.

However, please be aware that you will be required to provide your credit card information; thus, you should be sure to terminate your free trials before their respective expiration dates in order to prevent being charged.

Is a TV licence required for Now?

If you do not already have one, you will need to get a TV licence in order to purchase any of the Now bundles that include live TV, such as Now Hayu, Now Sports, or Now Entertainment. 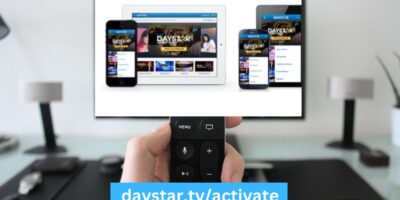