Home
paramountnetwork
Paramount Plus Subscription: Price, Plans And What To Know About?

Paramount Plus, formerly known as CBS All Access, is a Viacom CBS streaming service that underwent a rebranding in March 2021. The service offers subscribers unlimited access to tens of thousands of episodes of new and vintage TV shows, movies, and more for a low monthly fee (and even lower for those who opt for an annual subscription).

Overall, Paramount+ has flourished as a streaming platform, competing well with others like Peacock and Hulu. Some consumers, though, may be on the fence about adding yet another streaming app to their arsenal, and they may be interested in learning more about the service. And if you’re in that group and are curious about what Paramount plus has to offer, you’ve come to the perfect spot.

What is the cost of Paramount Plus?

Now, users of Paramount plus may choose between two different subscription plans: the Essential plan and the Premium plan.

There are restrictions on the Essential plan that offset the cheap monthly price of $4.99 (or $49.99 for a yearly membership). You won’t be able to livestream your local CBS affiliate station and commercials will be reduced on the movies and TV shows you may view (more on those titles below).

The Premium plan costs $9.99 a month (or $99.99 a year) and features commercial-free streaming of on-demand movies and TV series in addition to access to a live feed from your local CBS station. Like regular broadcasts and cable broadcasts, the live stream still includes commercial breaks.

Prior to its rebranding as Paramount+ in March 2021, the streaming service CBS All Access was already home to a number of critically acclaimed original shows, including the most recent adaptation of Stephen King’s The Stand, many Star Trek-related titles, and more. Well, in the weeks and months after the transfer, that list only extended to include programmes like Mayor of Kingstown (with more Taylor Sheridan originals and forthcoming Yellowstone episodes on the way), the return of iCarly, and Mike Judge’s Beavis and Butthead revival series. Additionally, Paramount+ has received a large quantity of original films.

Suggest read:  How to Watch Paramount Plus on Xbox?

The SpongeBob Movie: Sponge on the Run, Infinite, and Orphan: First Kill are just a few of the Paramount+ original movies available on the platform, in addition to films that have been released in cinemas and on Paramount plus at the same time. In this category are films like Paw Patrol: The Movie or even Clifford the Big Red Dog or Queenpins. There are several excellent horror films now available on Paramount+, including A Quiet Place Part II for the first time ever.

MTV, Nickelodeon, and Comedy Central are all CBS brands

One of the greatest ways to make sense of the overwhelming quantity of material on Paramount+ is to explore the many brand-specific hubs. CBS, BET, Comedy Central, MTV, Nickelodeon, and the Smithsonian Channel are just some of the ViacomCBS properties that each have their own dedicated centre. It’s a terrific way to discover new programmes and rewatch old favourites like vintage Nickelodeon shows and episodes of MTV Unplugged, which can be found in their own areas. However, older seasons of popular series like MTV True Life and the cartoon classic Celebrity Deathmatch are not available.

Paramount+ Has Many Movies And Shows

You may get lost in an infinite scroll of movies ranging from Jackie Chan classics to all-time favourite westerns and just about anything else, and that’s without even considering all the Paramount+ exclusives. Best movies on Paramount+ are often being added to and removed from the list, so it’s important to check back regularly to see what’s new.

Suggest read:  How to Activate Paramountplus.com on Xbox?

You can watch game programmes like The Price is Right and soap operas like The Bold and the Beautiful whenever you choose with Paramount+’s extensive TV show collection, which includes subcategories for Drama and daytime viewing. Some of the finest documentaries and docuseries may be found in the Smithsonian Channel collection, which is also accessible on the platform.

One of the best features of Paramount+, at least in terms of the Premium plan, is the ability to stream your local CBS affiliate whenever you like. This means that you can watch all of the primetime shows like Big Brother, Survivor, and Ghosts as well as all of the FBI, NCIS, and CSI series without having to pay for an expensive cable package or deal with setting up a finicky over-the-air antenna. Keep in mind that this benefit is reserved for paying customers who have opted for the Premium package rather than the Basic one.

The Live TV streams provided by Paramount+ are available to all members (regardless of their chosen package). CBS News Network (CBSN), CBS Sports Network (CBS Sports), ET Live, and a number of other channels are examples of this.

Subscribers to Paramount+, a streaming service that specialises in sports entertainment, may rest easy knowing that they have access to a plethora of games, highlights, and replays from a wide variety of leagues and events. It is important to note, however, that the Essential and Premium packages vary significantly with respect to the sports content they provide.

All of CBS Sports’ NFL on CBS programming, including highlights, news, and special features, as well as Champions League soccer, will be available to you with the Essential package. The Premium plan unlocks even more soccer leagues, various sports, and, best of all, live NFL games broadcast by your local CBS station. When the Super Bowl is shown on CBS, as it will be in 2024 for Super Bowl LVIII, this also applies (Super Bowl LVII will be on Fox in 2023).

Without a device, a Paramount+ membership is useless. The streaming service is, fortunately, compatible with a wide variety of platforms, including desktops, mobile devices (iOS, Android, Amazon), smart TVs, video game consoles (PS4, the Xbox family of consoles), and devices like Roku. There is a comprehensive list of compatible gadgets and detailed instructions for installing and using the Paramount+ app on each one.

There Is A Paramount+ And Showtime Bundle

The Paramount+ and Showtime Bundle, which combines the two streaming services into one for a discounted price, was announced by ViacomCBS in September 2021. The base Essential plan is available for only $11.99 a month (or $119.99 a year) while the top-tier Premium plan may be yours for just $14.99 a month (or $149.99 a year). This package is ideal if you like either the original Showtime programming or the network’s extensive collection of documentaries and docuseries. 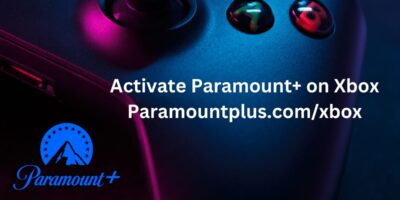